Does anyone happen to know the speed of the 2114 RAM chips used in the ZX80 3K memory pack? The files I have by Marcus Brenner do not specify, and most of what I see are 450ns chips, along with a few 200ns. Thanks in advance!
TS 1000 bought in 1982 and brought back to life by Sir Ian
Top

As far as I remember three of each speed were originally used. Don't remember which went where. Of course if you get all 200ns there will be no problem, but it won't be exactly the way the original was. Just in case that would matter to you. I would not care.
From a technical reason I seem to remember the faster Chips are only required for d6. But as each chip has 4 bits it's half the RAM involved.
There is a thread about the recreated PCB covering all this in this forum. Maybe a short search will help you.
Kind regards Paul
In theory, there is no difference between theory and practice. But, in practice, there is.
Top

The access times for the SRAM in the 3k expansion should be the same as that fitted on the ZX80 main board.
As Paul says, half has to be slightly fast SRAM, the other half can be slower SRAM.

Thanks, guys. I have spent quite a bit of time searching the forum (as I always do before asking) but couldn't find anything regarding the chip speeds. May have missed something buried in a thread.

After some discussion with Charlie, finding the proper card edge connector with the long pins may be the biggest challenge with my re-creation project. Hopefully it won't be a show stopper, but so far my searches have not been fruitful. More searching to be done.
TS 1000 bought in 1982 and brought back to life by Sir Ian
Top

mhudson52 wrote: ↑Wed Dec 20, 2017 2:59 pm After some discussion with Charlie, finding the proper card edge connector with the long pins may be the biggest challenge with my re-creation project. Hopefully it won't be a show stopper, but so far my searches have not been fruitful. More searching to be done.

Why do you need long pins?
I have some if you like but they are awful qualitiy, Well 80ies standard

If you want to have a little distance between the PCB and the Edge connector (as seen on pictures) you can use short pin high quality edge connectors (which I can also supply) and just let them touch the PCB instead of pushing the pins through the holes as normal. Todays PCBs are connected through so no problem then.If you use manually etched PCBs, that a different story.
You can also put them in half if its enough for you.
Functional the extra distance isn't necessary.
Kind Regards
Paul
In theory, there is no difference between theory and practice. But, in practice, there is.
Top

Thanks for the info, Paul. Charlie and I were both looking at the same photo and it looked as though longer-than-usual pins were being used on the original pack. I did find what seems to be a good source for edge connectors, though.

I have three boards being made made at OSHpark which ought to be here on the 29th. Really looking forward to seeing them.

Well Charlie, now I know what I'm getting for Christmas!

Just received three Perfect Purple PCBs from OSH Park and very pleased with the results. Now the hardware portion of the ZX80 3K memory pack re-creation is only waiting on the labels for the case, the 74LS138 1 of 8 Decoder / Demultiplexer ICs from Jaycar, and edge connectors.

The 3D printed case halves are perfectly sized for the PCBs, but will have to be resized for vacuum forming. Made good progress on the forming box during the holidays, but work is suspended until the weather comes out of this deep freeze.

Making progress. Waiting on the remaining ICs to start populating the boards.

A brief update on the 3K memory pack (has it really been 3 months since the last post??)

So far have packs completed and only waiting on rivets to come in the next week or so. Upon initial testing on my TS1000, the magic "K" did not appear on the screen

and once again had to call in for expert help (sirmorris). His Eagle eyes (pun intended) quickly found that two tracks crossed other tracks that shouldn't have. A little track cutting and jumper fixing solved the problem and the magic "K" appeared on the screen.

The only thing lacking is having the proper code to show that it is indeed yielding 3K of memory.
I found this post on the forum:

Could this be because I am using my TS instead of a ZX80 or ZX81?

Any help or suggestions will be greatly appreciated. 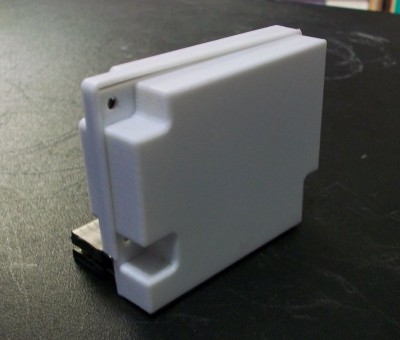 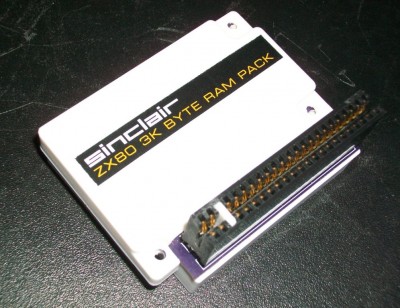