Well, I've been hunting a while now for a US issue 1 ZX80 and found it this week.

It just was delivered a little while ago and I'm happy to report that it works and looks pretty good. Here's a pic: 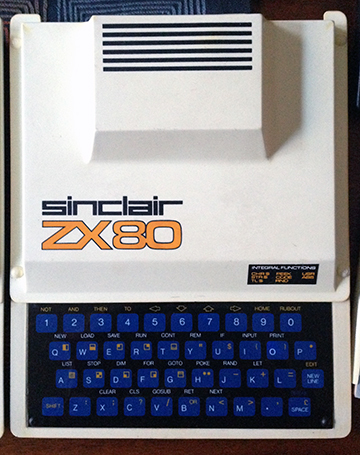 It's a funny coincidence that it arrived today. I've been thinking about trying to reproduce the issue 1 case and took a vacuum forming class today at the makerspace where I'm a member.

The issue 1 case is waaay thinner than I remembered and feels really fragile and brittle compared to its slightly younger brother, the injection molded issue 2. I measured the thickness of the material on both and the injection molded ones are nearly twice as thick at 2mm whereas the issue 1 is just a hair over 1mm. Again here are some pics (not to scale) for comparison:

But it's also interesting that side-by-side the issue 1 looks whiter that the issue 2. It surprised me as I thought it was going to look the most yellowed in comparison. I read an article recently (I think it was from 2011) that mentioned that there were possibly three different manufacturers of the vacuum cases before the injection ones came along. I wonder how much variation there is between vacuum cases?

So now I have to work on forming a mold that duplicates the case halves in a material that can withstand approximately 200 degrees F and start testing various plastics (as well as develop some skills with the vacuum forming machine.)

Ok, now back to scanning.

Oh wow Mark, that sounds interesting! I'm in the process of redrawing the schematic and PCB layout in my CAD program so I have a set of gerber files that I can send of to any PCB manufacturer. So I could use one of those vacuum formed enclosures!
Do you plan to sell these?

Just an idea... I know there are some two component silicone mixtures that are high temperature resistant. You might be able to pour that into the ZX80 shells without damaging the original case. Just an idea! I'm not an expert

Speaking of cases, I managed to print the case for a 1-3K RAM PACK. I think the design was made by Markus Brenner. You can order the case via Shapeways. But I gave it a go on my FDM 3D printer and it came out reasonably. Needs a bit of sanding around the screw holes because of the support material that had to be removed. But not too shabby

I'm almost done redrawing the original circuitboard with the 6 2114 RAM chips, so I should have something soon to stick into it... 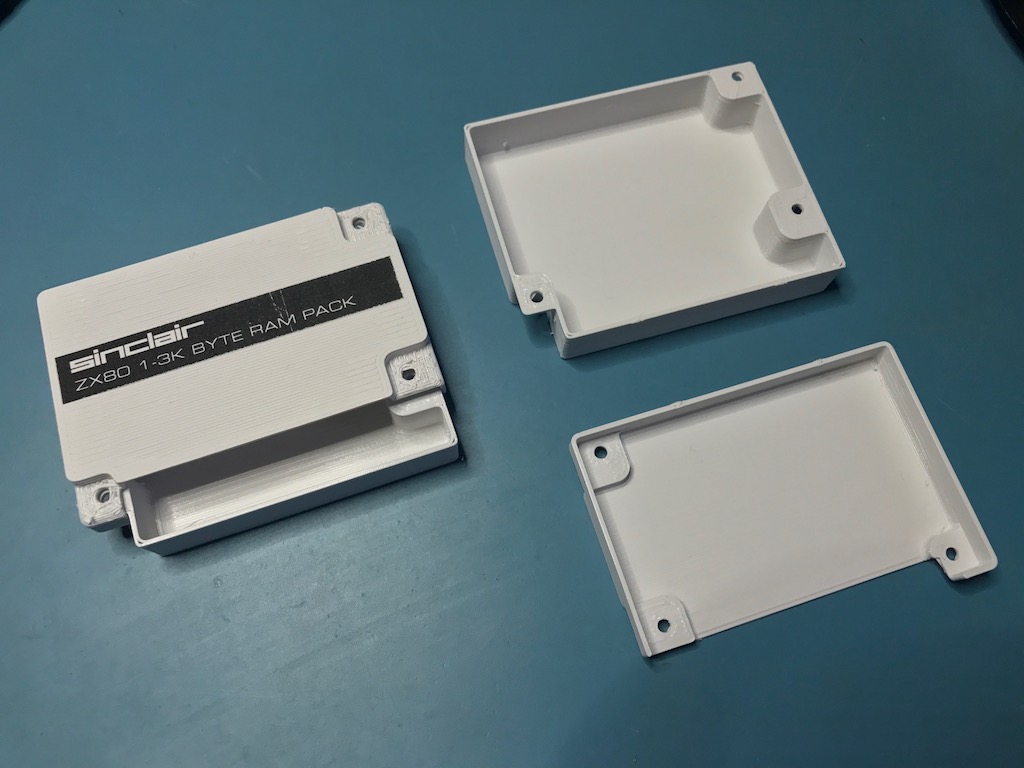 Looks good in the picture

It does look good! Did you get the file from Shapeways? I looked there but didn't see a way to download it.

No, they were posted on the German forum. http://forum.tlienhard.com/phpBB3/viewt ... &start=100
Links are somewhere in the middle. Also for the ZX80 enclosure. But unfortunately the bed on my 3D printer is just a little too small to fit the shells on

Oh great! Thanks for that

Hey MaFli, I downloaded ZX80 the files off the German forum site, and have found that every CAD program I can find is saying there are issues with the drawing for the bottom shell. No matter what repair program I run it through, none of them are able to truly repair the drawing.

Do you know of anywhere else theses files can be found that don't have issues? I am ready to print them but just need a good drawing.

He has responded to my message, so maybe if his associate is using files that are "cleaner" than the Marcus files and is willing to share them, I'll be a little further along the road. If not, I'll proceed with the Marcus files.
TS 1000 bought in 1982 and brought back to life by Sir Ian
Top
Post Reply
20 posts