Sorry for the delay in responding. Yes indeed that's all very good advice. I wish I'd known you guys 30 years ago.


1024MAK wrote:But first, search the internet, or use a library if you have one to learn about some basic electronics. You do not need to read and understand all the maths and theory, just learn about the different types of component and get an idea what they look like, the symbols and figures used on schematic diagrams, and their basic functions.

I do know basic components, but have trouble "mapping" this diagram to the circuit board components and traces for some reason. I wonder if it's related to my horrible sense of direction.

When I sort out some other hardware issues I will get back to these, and separate the power from the other innards as suggested. I should be able to figure that out. I think I have all the required parts, except maybe the coil. Hmmm, could it,... naaaw.

I actually have some 4116's that I tested in my good pack, although I don't remember where I got them, so if I get voltages righted and it turns out the chips are bad, I can repopulate a corrected unit.


RetroTechie wrote:One a side note: why go through all that trouble when internal RAM expansion is so easy? (and avoids RAM pack wobble).

I am doing internal memory mods at the same time. I know full well the many shortcomings of these wobbly little black boxes. Perhaps that's why I romantically want to get some working again. Although, I found that tinning the motherboard bus with a thin layer of solder eliminates 90% of the wobble crashes. That was a tip from The Explorers' Guide I took to heart. Then too, there's the ZXpand. Why do I really need any of this when there's that kick-ass tool? I don't really need any of these darn 1016's to work, it's purely a,... well,... I guess they call it OCD.

The third front is composite video. The 1 transistor ZXTeam mod isn't working well enough for any of my TVs, and other contraptions are pretty intense. I'd like a 4 or 8 component version I could make a small handful of. I've read threads here and elsewhere, but you guys are using a different TV system across the pond. The Timex was never taken seriously on this side. Many were sold, but quickly abandoned because other machines were available by then. The "early" fans like me all have imported ZX81's. 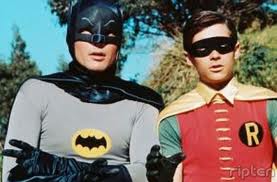 Despite the fact that I've done several 32K mods, and have the chips to do more, I still have a nagging need to know how to fix the 16K RAM packs. No, I haven't diagnosed the power problems on my 3 ailing packs. But I did run into some small success,...

Came across another RAM module that was bad. (Nuts, that makes 4 now.) Ah but wait--I measured the voltages and they were all good! So assuming it must be a dead 4116, I set about unsoldering chips, and soldering sockets in their place. These I could each populate with a known good chip. (I do have some on hand.) Lucked out after 3 of 8 tries--better than average I guess. And it works!

So now I have a testing platform for 4116's, since I can remove one good chip and insert an unknown one to test. This goes along with my ZX81 "test motherboard". It is a working motherboard orphaned from a case with broken traces, and has donated its ULA in return for one that runs but is flawed. The ULA works, (all programs seem to run properly), but it paints spurious characters on the end of every line after the line-end. Cosmetically undesireable for a working Zeddy, but more than sufficient for testing purposes. I can swap suspect chips into this mobo to see if they work or not.

Still plan to find out which component is the weak link that burns out and corrupts RAM pack voltages. I think there is likely a common point of failure affecting my 3 dead packs. By now there must be thousands of these darn things with the same, possibly simple, ailment. I really must get back into trying to fix those when I have the time,... 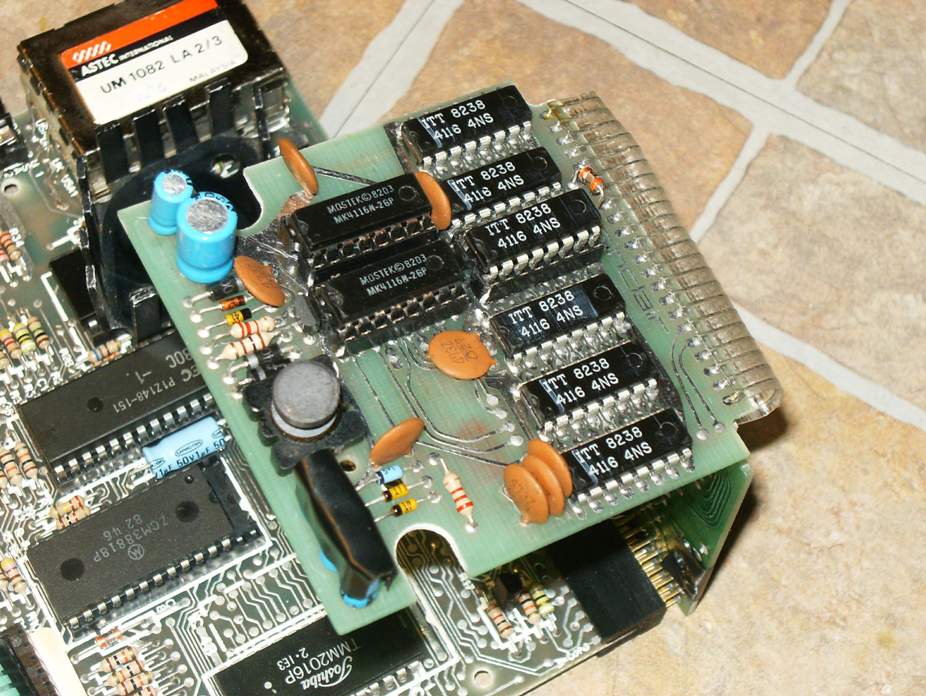 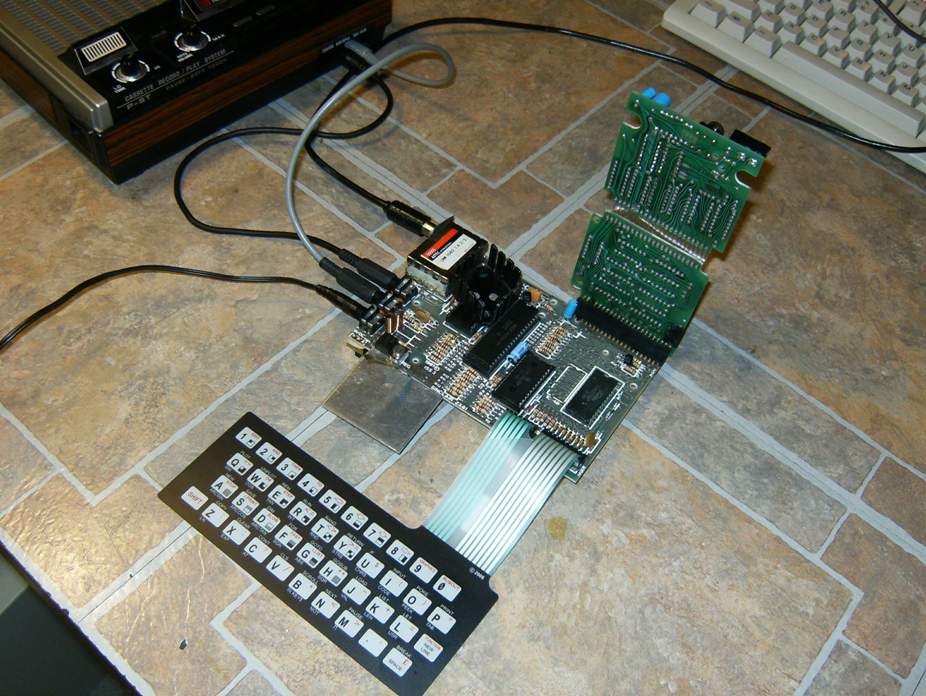 Nice work, just be careful not to flex that wire bridge too much, they are quite easy to break, you better treat them with same care as the keyboard flex cable..... I had some luck a few weeks back with a pack that had a faulty transistor, so I would check that first. If you exchange RAM chips and discover 1 is faulty, I would test it a few times, just to be sure you draw the correct conclusion and it wasn't a slightly loose RAM pack or something like that.

zx81user wrote:I had some luck a few weeks back with a pack that had a faulty transistor, so I would check that first.

Yeah, I finally broke down and bought some exact replacements, ZTX750, on eBay. Replacing the transistors in the 3 still sick packs, one made no difference, another pack heats the 4116's excessively, and the last one now produces correct voltages! Well now,...

A quick look for goofed-up soldering on the "hot" pack showed nothing. No shorts that I can see. Interestingly, that pack has one socketed 4116, and taking the chip out to test it in another pack, I find that the chip has survived the experience. (Can't speak for the other 7.) Anyway, I set that pack aside, along with the one that still has voltage problems.

Correct voltages now--this I can deal with! Unsoldered, socketed, and replaced how many 4116s this time? Turns out, all 8. And it still doesn't work! Well darn. Re-tested the replacement chips in my test pack--they are all fine. So they've been seated twice, and I still get a blank screen with no interference pattern and no prompt. Dang-it, I was sure I had this pack licked.

So, I guess the logic chips can fail too, or be destroyed when the voltages go astray. Of the 8x 4116's I took out of the pack, 6 still test good, and 2 lost legs in the surgery and were not post-tested.

(1) A way to find a faulty RAM chip without unsoldering between 1 and 8 chips, depending on your luck that day. What would be nice would be a method of selectively telling the ZX81 that the 16K pack is not there, so it can run a test program in the motherboard's 1 or 2K, and write the values 0 and 255 to a memory location in the 16K pack, reading them back for comparison. The bit(s) thus identified faulty will point to the chip(s) numbered in my annotated picture near the beginning of this thread. Is this a possible thing?

(2) A cheap logic probe to test the 74 series chips in the other circuit board. eBay is full of them so I ordered one. It will be tedious work though. Why oh why do I OCD about these damn things so much?

TMAOne wrote:(1) A way to find a faulty RAM chip without unsoldering between 1 and 8 chips, depending on your luck that day. What would be nice would be a method of selectively telling the ZX81 that the 16K pack is not there, so it can run a test program in the motherboard's 1 or 2K, and write the values 0 and 255 to a memory location in the 16K pack, reading them back for comparison. The bit(s) thus identified faulty will point to the chip(s) numbered in my annotated picture near the beginning of this thread. Is this a possible thing?

This is only possible by a hardware interface fitted between the Zeddy and the 16K RAM pack...
A connection in the RAM pack disables the RAM fitted in the Zeddy as they both map to the same address space.

Yes you can make a simple adapter and interrupt /RAMCS and A14. You should aticate A14 (=1) on external RAM side only when A15=1 and A14=0.
This gives the address area of $8000-$BFFF and there is no collision with internal 1k RAM.
Also you have to pull /ROMCS to high when A15 is high for preventing ROM shadow in the external RAM area.
The logic can be done with one circuit 74HCT02. Should be HCT instead of traditional TTL to deliver at least 4 mA to pull up /ROMCS.

The address area $8000-$BFFF can be simply tested with a small BASIC program or (faster and better for measurement with oscilloscope) in Assembler.
The external RAM will not be recognized during startup but can be tested (write to or read from).
Top

That's a very cool explanation PokeMon. I knew one of you tech geniuses would know how to implement it!

I think even I understand your discussion well enough to wire it up. I don't know if I will, but it's interesting to think about. Maybe if I get one of my packs figured out to the point where I'm looking to identify a bad 4116 again, I'll do it just for the experience.

Let's see, some electrical tape over the interface lines, a breadboard, the chip, and a bunch of wires tack-soldered to the motherboard and pack. The program is dead simple and I already have it from before when I was testing for random bad bits. Just have to adjust the range under test, although I think any byte in the range will exhibit the same behavior. 4116's tend to go belly-up when they die.

Well I can spend you a schematic for this purpose.

I suppose one could also mod the address decode logic in a RAM pack, such that the 16K is mapped to a region normally not used (and internal 1K active as usual). For example 8000-BFFFh and/or C000-FFFFh areas.

Then you could run plain BASIC proggies to determine which RAM chip(s) in the pack are faulty.
Top
Post Reply
72 posts