I recently carried out the useful internal 16k RAM upgrade on the Tynemouth Software blog (thanks). Other info seems to suggest adding a resistor to make it hi res graphics compatible and I've also found mentions of putting caps across pins to rectify display issues.

Basically my problem is that when I try to run any of the 1k games by Dr Beep I get odd screen goings-on making most of them unusable.

Do I need to add a resistor or caps? If so, where exactly? 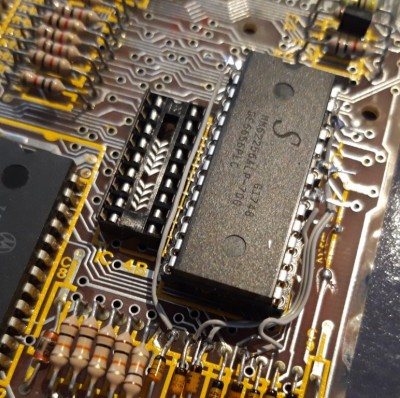 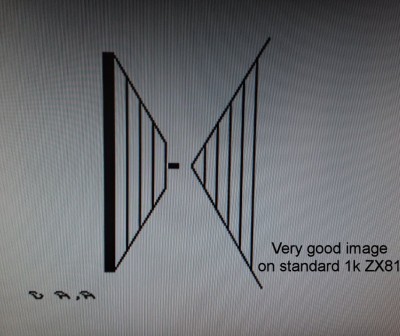 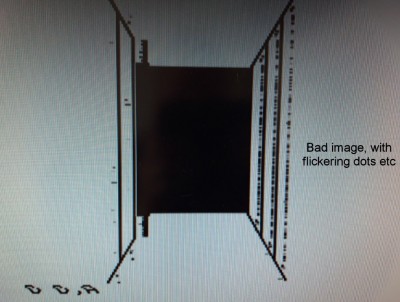 Hello Erm, (and welcome to this forum

Do you happen to know what manufacturer? I don't recognise the logo (which happens to me rarely

You could have saved a wire: I see you changed LK1 to LK2 position. Which would have put A10 on pin 21 of the SRAM. Instead you bent that sideways, connected to D3? (=A12), and connected A10 (from D2) to the other SRAM pin (23). But that wouldn't affect operation. As far as I can tell, all address pins of the SRAM go to different address lines (A0..A13), and leftover one is on a fixed logic level (pin 2, +5V). No other weirdness. So that looks okay to me, and one would expect normal operation with that.


Other info seems to suggest adding a resistor to make it hi res graphics compatible (..)

That would be a pull-up on the /WR signal most likely (10k or so between pin 27 & 28 of the SRAM). For an external RAM pack that makes sense, as (in the case of RAM pack wobble) it would pull /WR INactive rather than floating. A bit less likely to cause a crash or hardware damage.
But for an internal mod it doesn't make sense. The Z80 always drives /WR (apart from BUSREQ which isn't used on the ZX81), so a weak pull-up wouldn't affect timing at all. I don't have such a pull-up on any of my ZX81's, and no problem there. Nor do ZX81's have a pull-up on the /WR line from factory, but are hi-res capable with their internal RAM anyway.

Most likely a few pF (4.7 ... 22 pF or so) on a control line like /RAMCS or /ROMCS (on the non-ULA side of series resistors in those signals). Either intentional or accidental. Of course you could experiment with that. But should not be needed.


Basically my problem is that when I try to run any of the 1k games by Dr Beep I get odd screen goings-on making most of them unusable.

How about 16K software? Have you tried any? Also: you could check some system variables to see how much RAM is detected. And watch the startup delay before the "K" appears - a ZX81 wit 16K takes longer for this than a 1K machine.

I think you'd probably best check all connections around the IC socket. Both optically (light through the board + magnifying glass), and by measuring resistance between connections. And check for shorts too.

What RAM was on the board originally? A pair of 1K*4 bit chips, single 1KB SRAM or 2KB one? And right before the mod? It's possible that during unsoldering a via got ripped out. Normally you wouldn't notice as IC removed -> IC is out-of-circuit. But sometimes an IC pin or via routes a signal from one side of the board to the other. Remove IC -> no issue. Remove IC + damage via -> connection is cut. Same thing if via's aren't plated, so that IC pins connect signals between sides of the board.

Only other thing I can think of is a wonky SRAM (ESD damage or whatever), or a part that looks standard, but has some uncommon pinout or timing requirement. About the latter: you could try taking /OE (SRAM pin 22) out of the socket, and wire it to GND. But again: should not make any difference. Or put in another SRAM.
Top 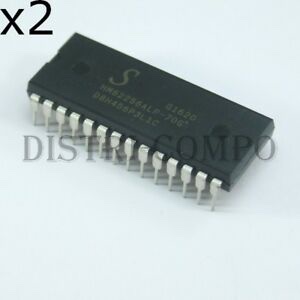 I’ve seen that logo before, but for the life of me, i can’t remember the name.

Looks like it may be a Satech (or S@tech) chip. Most probably a Chinese manufacturer.

Can't find anything else on it specifically!

I certainly loaded larger-than-1k software, e.g. longer BASIC progs and they were fine (full 16k progs were problematic due to the longer loading times and them failing to load properly - I think. Probably due to a shaky lead/volume not quite right etc). There is certainly the usual K cursor delay that you get when a 16k RAM pack is used. And I also ran this (attached) which returned the expected '16k' result. Previously it had a pair of 1K*4 chips.

Could it be something unrelated to ram? ULA/video output?

If I unplug the new ram chip so that it has no connection with the PCB, so now power, but leave the address lines attached to the diodes (to save unsoldering for now), is that the same as it being removed for testing purposes? If so, I could temporarily put back the 2 ram chips (I added sockets for both) and the link 1 and try it in original 1k state.

As long as the current from / to the Z80 address lines drawn does not upset the logic levels on these lines, and as long as the pins of the removed SRAM chip don’t short to anything, you may get away with it. So give it a try.

S@Tech.. never heard of. And I've seen a loooottt of RAM chips in my life.

Then again it's a very generic chip type so many different manufacturers. Glanced over that datasheet, and didn't spot anything that seemed worrysome.

@Mark: with chip pulled, those GND/Vcc lines would also be disconnected! Of course you could still have Ax <-> Ay current flow using 'whatever' path through the chip. Generally outputs tend to go high-impedance (floating) when supply pins & most other pins are disconnected. No guarantees, but good chance you'd get away with it (for the Z80 CPU this is even documented somewhere!


Erm wrote:If so, I could temporarily put back the 2 ram chips (I added sockets for both)

There still a small socket under the SRAM? Must be a tight squeeze! Don't think it would provide much info. Are program running stable? That is: have you seen any unexpected crashes, or does it seems to be a screen output issue only?

I'd have a go at maybe add 22 pF so so between /RAMCS line and GND (on SRAM side of R2), and see if that has any effect. And/or wire /OE to GND. Otherwise just regard SRAM as flaky & exchange for another one. Maybe it took some ESD damage in transit. Or doesn't meet datasheet specs. Who knows.
Top

You know, I think it's very likely to be some kind of display issue. I had the same display probs with a stock 1k ZX81 and the same 1k games - I think my TV is throwing a wobbly at certain signals and my composite video conversions are just the basic transistor and 2 resistors. I was able to load 3D Monster maze in the end, which is a 16k game, and when that goes into FAST mode to generate the maze, my TV goes completely black and doesn't come back (unless you pull out the TV lead and plug it back in). My little laptop I use for playing sound into the ZX81's was also having an issue and was also interrupted by the odd beep from updates it was attempting to carry out.

I'm happy that it runs the rather large 3D Monster maze so I'll leave it as it is for now, perhaps I'll dig out the 90s CRT and try that.

Thanks for your attention.
I'm Chris, a Brit in Germany (Chr$ on the QL forum).
Top

Oh and yes, I added 2 sockets for the original 2x RAM chips and used 2 rows of cut down these for each side of the 28 pin chip:

All is very stable, at least so far.
I'm Chris, a Brit in Germany (Chr$ on the QL forum).
Top

Erm wrote: ↑Sun Jul 07, 2019 8:23 pm I think my TV is throwing a wobbly at certain signals and my composite video conversions are just the basic transistor and 2 resistors.

Try adding a series capacitor in the output. 47 uF/10V works, 100 uF or a bit more is better. Minus to the RCA connector center pin, + to the transistor side.

Maybe, just maybe your TV doesn't like signal with too big DC component on it. And if nothing else, transistor has to work a little less hard with series capacitor in the output.
Top

I have done the same MOD and even with the 10K SMD resistor I get this kind of "noise" on the pictures.

In my case the solution was to add a 68pF capacitor between the pins 20 and 22 of the IC.
Top
Post Reply
12 posts