Probably a bit niche but I have found various magazine cutouts (watch adverts, type in programs etc.) in Zeddy manuals over the last few years. The most recent was this one, MG Maestro anyone? 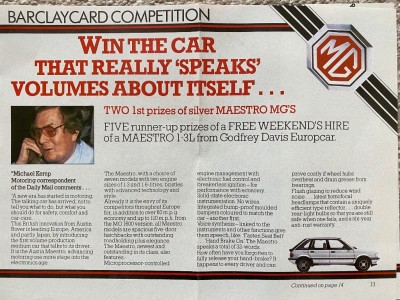 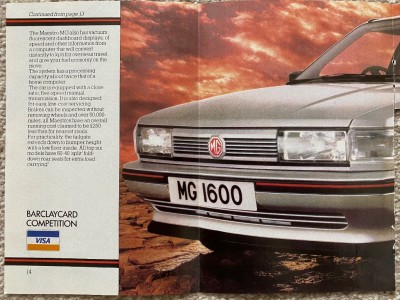 I wonder which home computer it had twice the processing power of?

I would have bought that car back in the day

I had one of those bag of bolts for a short while back then and the "computer" was an absolute joke.
A feminised/Americanised ( actually the badly synthesised mutterings of a new Zealand actress ) voice that a Currah micro speech would have sneered at allied to totally inaccurate readings which bore no relation to reality ( according to the computer I once managed 355 mpg on a short town journey at a steady 147 mph as displayed) and a penchant for totally giving up the ghost along with the digital dashboard display after a while added nothing to the driver experience and the display a horrible shade of electric green!

I would guess the "computer" was about as powerful as the average abacus, not a fully functional one but one with say half its beads missing and that it's maths package was either based on the contents of an ZX81 issue one 550 ROM minus the hardware fix or something knocked up by Intel's pentium floating point division!

The normal Maestro was actually a decent runabout for the era and very economical especially the diesel. 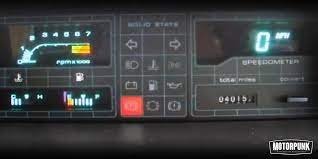 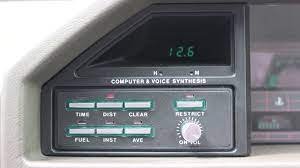 A friend of mine had a normal Maestro BITD (I was still slumming it in a ‘russet brown’ Allegro at the time) which got stolen. When he went to fetch the remains - it had been stripped for parts - there were a pile of ‘Car crime together we will crack it’ leaflets left on the drivers seat.